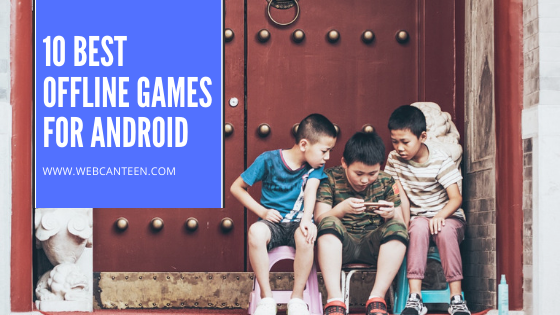 Today, We can say that Everyone is a Gamer. From an average small kid to older grandparents play games to pass-away their time and to relax their mind.

There are lots of games out there, Specially on play store and headache to find the best game with full fill your taste. Here is its Solution by presenting you.

The best thing about this game is you can build your own town by provided in-game resources like wood, stones, sand and much more. You can use Slash commands, Market Place and some Add-On Skins to play with the extreme experience of Open-world.

However, there is a reboot (next gen. verison) of Asphalt 8: Airborne.

Asphalt 9, But the popularity of Asphalt 8: Airborne is far better than this one.

Asphalt 8: Airborne was released on 22 August 2013 but still on top of the competition without any fallbacks. This Game is Absolutely free on play store and best car racing game which you can play offline.

It includes real-life Supercars like Lamborghini, Maserati, Mercedes and much more. Also the variance of levels all very well organized with lots of upgrades needed to go for the next level. also, Gameloft develops Best offline Android Games which are currently trending on google play store.

Best Classic and fully based on Western Theme.

If you want to play a game which Openworld Action game then just Download it there are no words to defiene this games caharacters, every animateion and smallest details.

It was released on 5 December 2011 and by changing years Developers did a Great job by Adding realistic graphics in it.

This game is on Play store with 10,000,000+ install and absolutely free. Best real-world offline game for android, I have ever seen. Where you can EXPLORE A FREE & WILD FRONTIER, ACCEPT THE CHALLENGE and much more with realistic weapons.

The best part of this game is its Story.

One of the Scaries offline game i have ever seen on play store. With 10,000,000+ installs Into the Dead 2 is the reboot version of popular game Into the Dead.

Best Ever Offline Open World Zombie Fight Game With Best Ever Story line in its class.

Into the Dead 2 is the sequel to the hit zombie action game Into the Dead (70+ million downloads) on play store which you can imagine how popular it is in its own class by its numbers.

In this game, you have to survive in a full zombie world while protecting your family and your friends. Best Zombie survival game for android and best offline game for android, too.

One of my childhood’s Favorite game with ove 100,000,000 installs from playstore and No.1 Arcade Game i have ever seen.

I just randomly downloaded this game but aftre playing for some time its got me hooked trying to to complete objectives and collect gadgets, costumes, and vehicles which are very fun to play with.

1 September 2011 on this day, this awesome game was released. with some basic tasks and vehicles but bypassing some years there is great customization available thanks to HalfBrickStudio.

Jetpack Joyride has its own class in it. I bet you once you install this game and if you just played a few times and you will love this offline arcade game and you will never uninstall it. makes it the best offline android game.

There are lots of versions of Shadow Fight 2 but i personally like Shadow Fight 2, Not only I but over 12,315,436 Pepoles said that this is the best Fight games on Playstore Rightnow.

This game is based on Japanes Ninja Theme where you have to control your charecher which only shadow you can see and have to fight with your opponent.

Fully Shadow base game where you have only your selected weapon with you and you have to eliminate your opponent before he eliminates you.

With different kinds of weapons and spirits, you have to complete the stages show on The Scroll map. Best Offline Fight Game forever.

To calm down your stress and axintiy just install and play Alto’s Adventure.

It will give you quick relife from your bad or angry mood.

A guy who lives at top of the mountain hills and one day he jumps for an endless skies adventure with lots of undefine obstacles on his way.

Best game Fully based on north pole weather like snow everywhere likes Christmas arrived. Endless game, you have to just make a big score till you die.

Lot’s of funny animale charachers on it and best time pass game on playstore with 4,355,543 active users.

Many apps on the Playstore, Nowadays attempt to reach heights far beyond their grasp, in the process, killing off all simplicity and depth the idea originally had. but Crossy roads thoroughly avoid this, however, with clean, straight-to-the-point you can enjoy best ever gameplay. and also, Manny Best offline Android Games ever their developers created.

By its name there are tones of loop patters that you have to finish, like linfinity of loops are there in game.

With daily 576,660 active users this another one is best offline game to calm down your mind which offers infinty no. of levels which i guess no one completed by 2015.

Simple, relaxing, endless game and also the most trending game of 2019.

Free to download from play store and play it without internet connection means play offline on any android device.

Smash Hit by its name you have to just thow balls to beak the glasses by avoiding you not to touch any one of that galss.

Absolutely free and there is also paid verison in game. but you can play this game offline in free vieson too.

One of the games which you feel like you’re in the future and you have to just throw balls and break the glass. There are many glass patterns with lots of powerups whit is become Best offline Android Game.