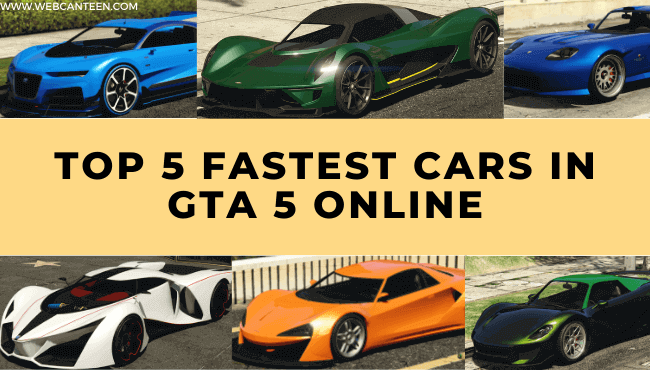 The most asked question is, “Which is the fastest car in GTA 5 online?”

Here Are The Fastest Cars In GTA 5 Online By TOP SPEED.​

This 811 has a similar design like the Porsche 918 with two exhausts positioned and a capacity of 2 people.

Also, it can be selected randomly selected as a high-class target source vehicle from SecuroServ during an import mission.

Banshee 900R was released as part of the January 2016 Update.

The design of Banshee 900R has some major changes in comparison to original Banshee which is the rear quarter of it.

In terms of performance Banshee 900R need some major upgrades as shown below,

The design of X80 Proto is inspired by Ferrari F80 Concept and with it’s exposed bodywork and carbon-fiber usage gives it very little weight.

Truffade Nero Custom was released on December 20th, 2016, during the Festive Surprise 2016 event.

The design of Truffade Nero Custom is based on the Bugatti Vision Gran Turismo.

This car can be converted from a Nero at Benny’s Original Motor Works, for $605,000.

This car can be converted from an Itali GTB at Benny’s Original Motor Works for $495,000.

It is marginally quicker overall than the Banshee 900R.

Above shown list of fastest cars in GTA 5 online are best in terms of performance and its unique design but here is The Fastest Car in GTA 5: Dewbauchee Vagner.

The Fastest Car of GTA 5, DewBauchee Vanger was released on June 30th, 2017, during the Independence Day 2017 event.

“The Vagner is a message from the future: you’re late.“

The design of Vagner is made by resembling the Aston Martin Valkyrie prototype hypercar.

Dewbauchee Vagner can be purchased from Legendary Motorsport, for $1,535,000.

Also, this car appears in the “Under the Influence” Casino Work, where it must be delivered to the Casino while the protagonist is under the influence of alcohol.